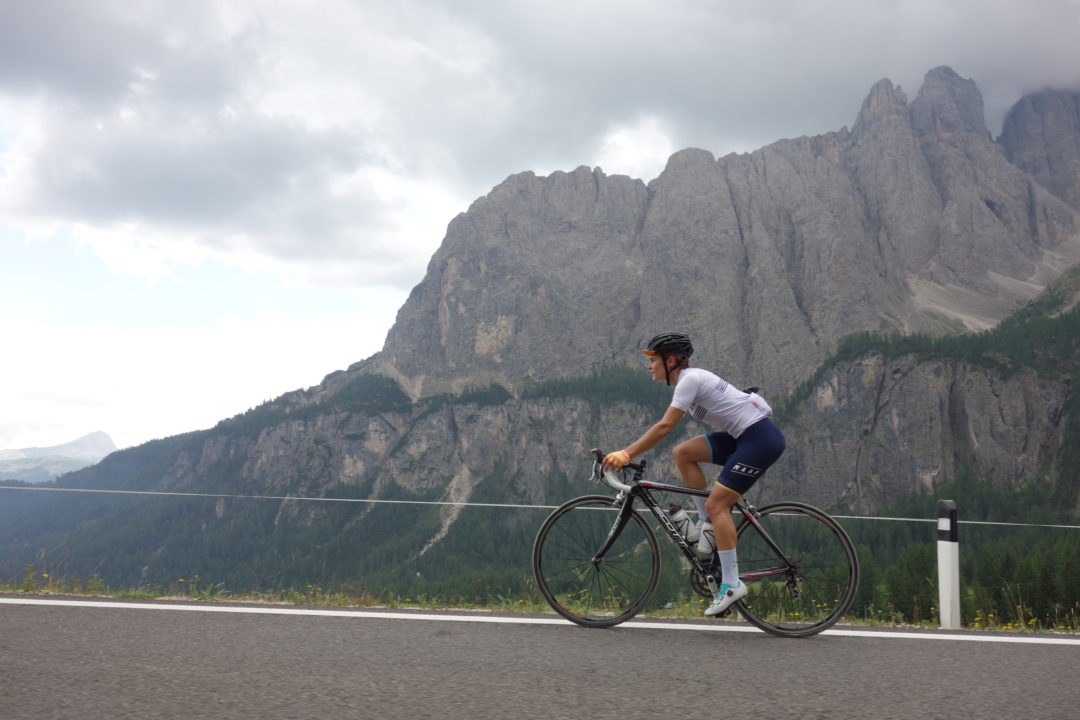 I have always loved mountains more than beaches. If the two can be combined: great! But if I have to choose, I prefer the mountains.

Before I discovered cycling, we spend most of our holidays in mountainous areas where there is climbing to be done. On rocks, mind you, not roads. We’d climb or boulder, and camp somewhere close to the crag or boulder area. Driving there, we’d often come across cyclists pushing their way up an ascending road. I did not understand these people. Why, for heavens sake, would you slowly and very painfully (as far as I could tell from their grimaces) drag yourself and your bike up a steep road. I could understand cycling for fun on a flat road. But why go up a mountain at a painstakingly slow pace, with cars rushing by beside you, pushing with everything you’ve got onto the pedal to try to get it to rotate one more time. And again. And again.

I started cycling almost 3 years ago. Last week we set off for our first holiday that was exclusively devoted to cycling, and it was to take place in the Dolomites. Before this, I had taken two cycle trips to Basque Country (4 days of cycling), I had cycled in the Pyrenees for two days and up the Amerongse berg 30 odd times. (Note: the Amerongse berg is not actually a mountain, it’s 2,5 km at an average of 2,5%, but it’s the best we have in my area.)

Staying at the Ustaria Posta hotel in Badia turned out to be my best idea this summer. It is owned by a family of cyclists, the Tavellas, who all work at the hotel and will give you tips on where to go anytime you need them. You can also opt for a fully serviced cycling (and hiking) experience, curtesy of Igor Tavella and his company, called the Holimites. The hotel is located in a quiet but central part of the Dolomites and is super clean, comfy and full of love. 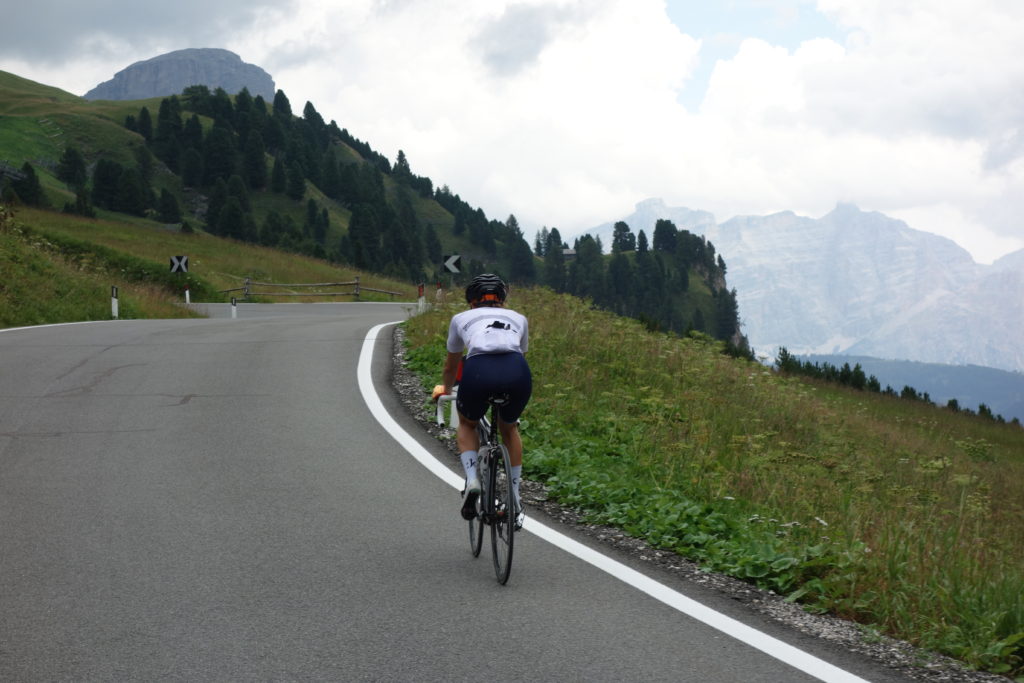 Up the Gardena from Corvara 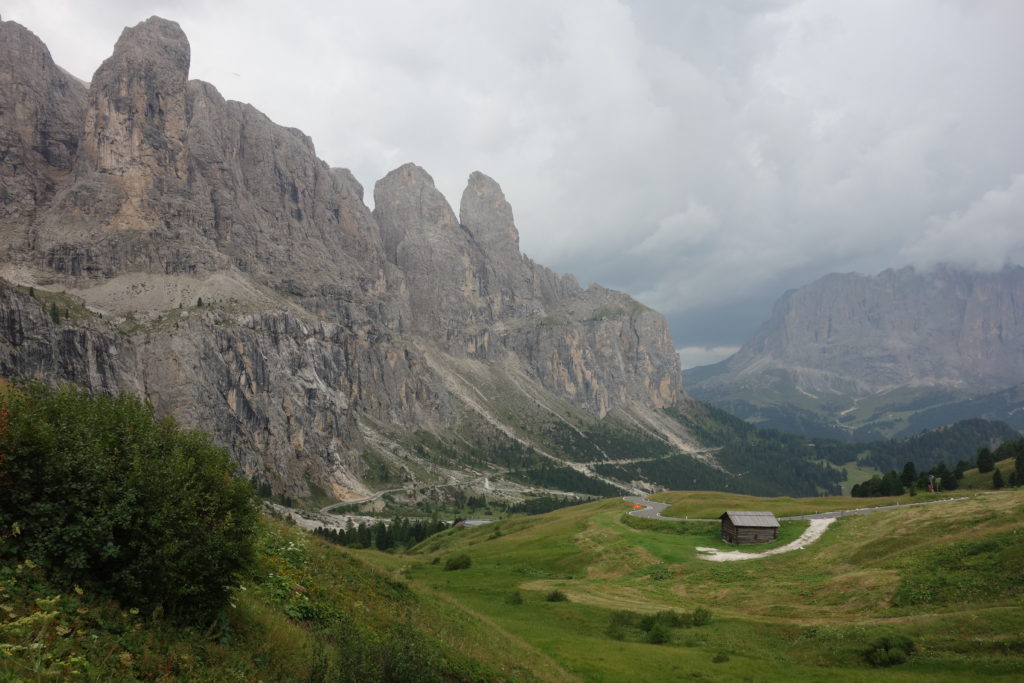 The view from the top of the Gardena towards the Sella

We arrived in this cosy hub of fellow cycling lovers on Saturday evening. On Sunday we decided to go for a relatively easy cycling trip. A classic: the Sella Ronda. We started with the Gardena Pass. I took it real slow, as I had nothing to prove just yet, and I was saving myself for the next climbs. After a few turns my legs and breathing agreed on a rhythm, and a calm vibe settled on me. I looked around at the fantastic rock and cloud formations and decided that this week wouldn’t involve much suffering after all.

Arriving at the top felt so good, I almost convinced my fellow cyclists to keep going, even though thunder started to rumble in the distance and a massive dark grey sky was heading our way. When the first drops fells, we made a run for it and arrived back just in time to shelter from a storm that hung over the hotel for the rest of the afternoon. 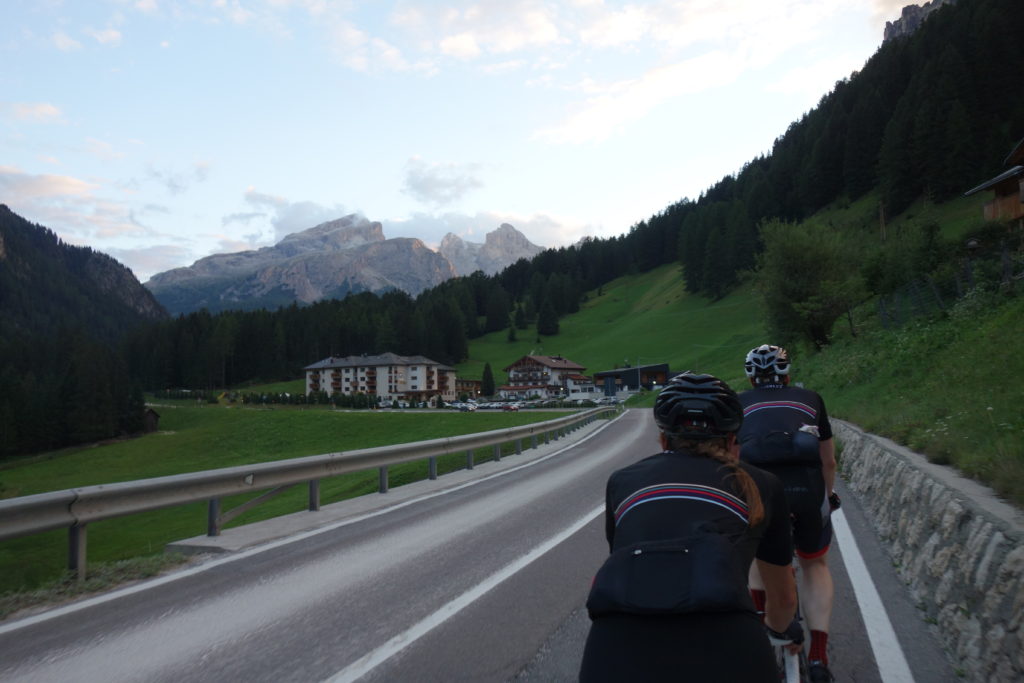 Start of the Sellaronda Moonlightride 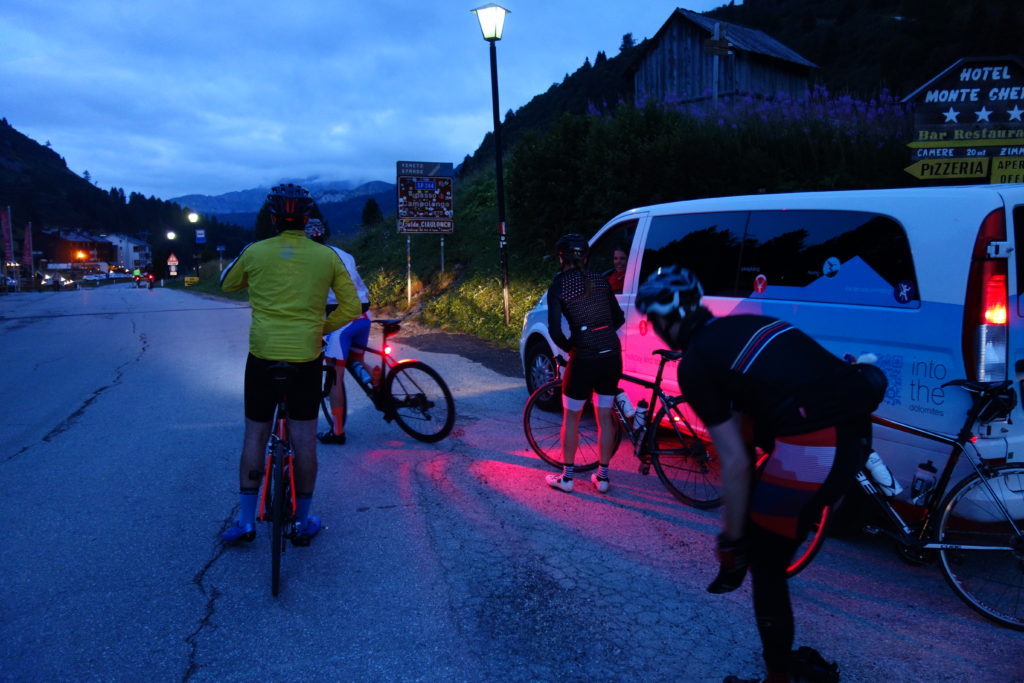 On top of the Gardena, putting on extra gear for the first descent.

The Sellaronda by night

The next day Igor invited us to come along to his “Sella Ronda by Full Moonlight” ride. It would be fun. There would be a slow group, there would be full moon and it was the first edition of a great tradition. A van would travel along with us in which we could keep our warm gear for the descents. It sounded pretty cool. Plus, we wanted to finish what we started the day before. Not necessarily at night, but we were intrigued and decided to join.

We gathered in front of the hotel at 8:00 pm. It was still light and we were filled with nervous excitement. We set off for the Campolongo Pass, the first of the four big climbs. It was long. Then came the Passo di Pordoi. It’s 9k long (coming from the Arraba side) and has an average of 7%. It took me an hour to get to the top. I almost died. It was slightly steeper than the other two I’d done so far and it gave me no rest. Somewhere halfway things really started to look grim. It was also almost dark by then. I had no happy or excited feelings left. I was moaning out loud, repeatedly telling myself that the pain would soon pass. I started counting everything. The number of pedal turns to the next road sign. The amount of breaths to that big tree up ahead. I counted bike lengths, rocks, seconds and corners, and finally, the end was in sight.

At the top, when I joined my fellow cyclists, I felt fantastic. It took about half a second to go from pain to total euphoria. I immediately forgot the suffering of the last hour and declared this the best thing we’d ever done.

Pushing (what we thought were) our limits

In the following days we gently pushed our limits. We capped our Dolomites trip off with a 107k ride that included the tough Pass delle Erbe and scenic Gardena (this time by day) before heading back to Ustaria Posta for the last time. For this year that is. Now that I’ve had a taste, there is no going back.

All pictures by Joost Hofman 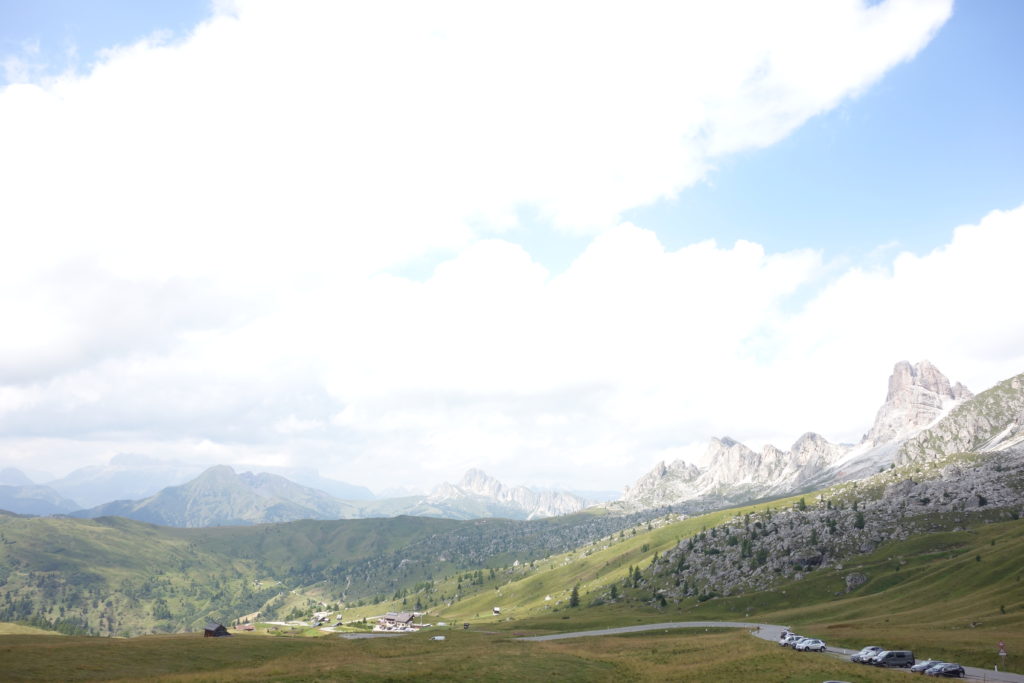 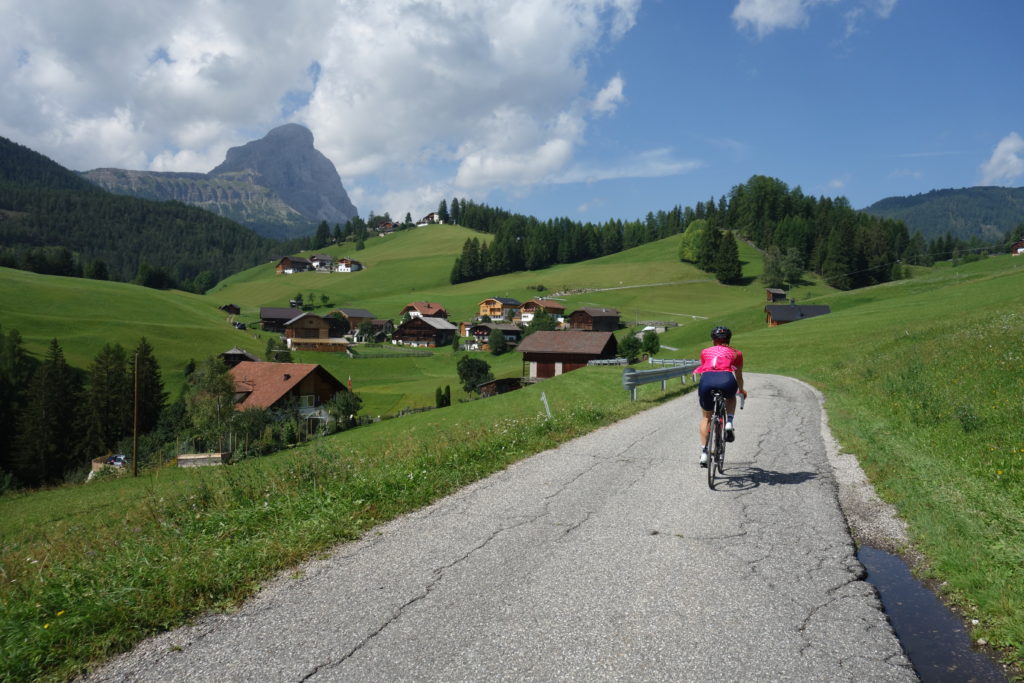 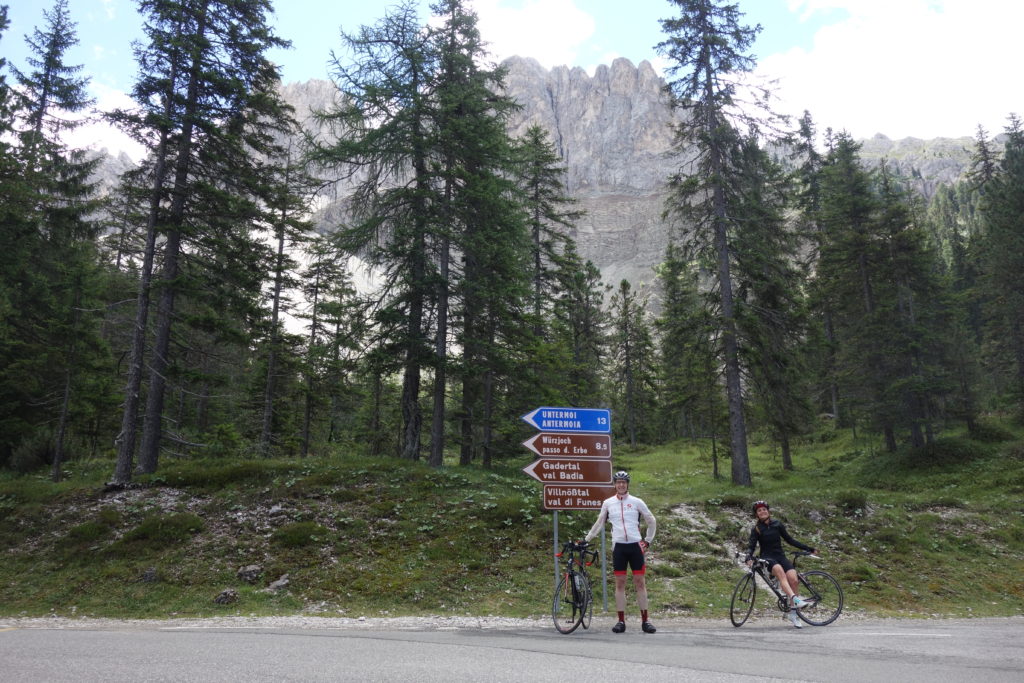 Rest after the Passo delle Erbe 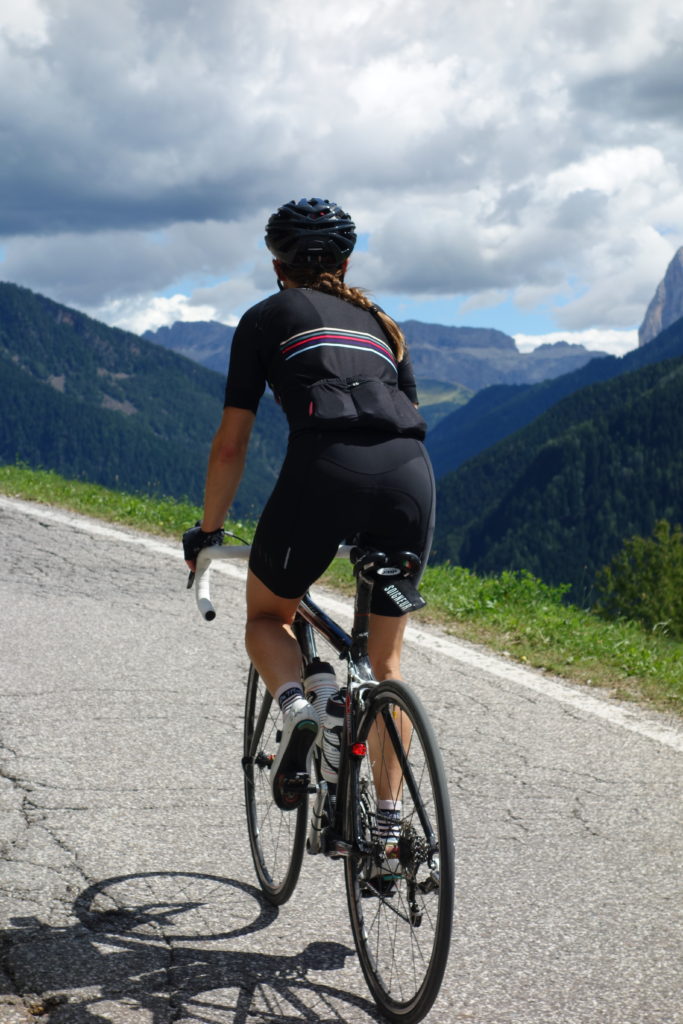 Views from the last ride

Check out our Dolomites rides here: 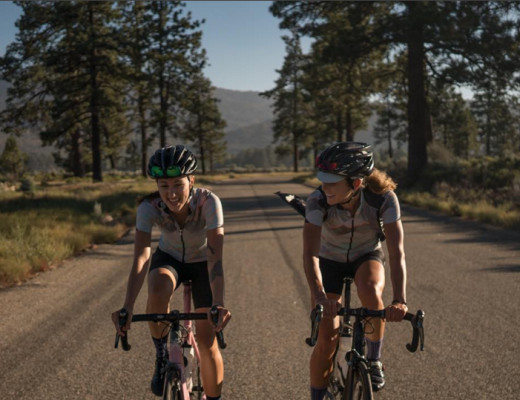 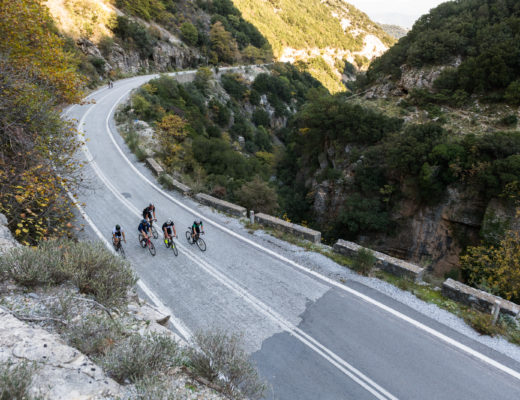 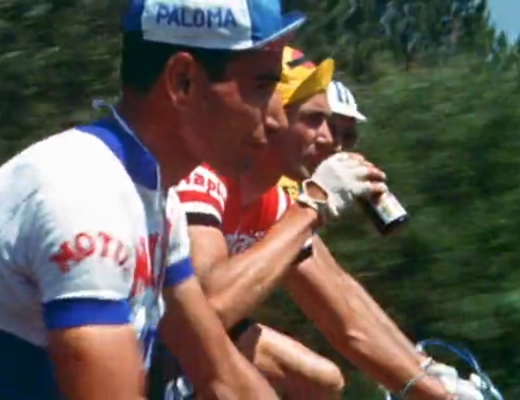