How do you fuel? 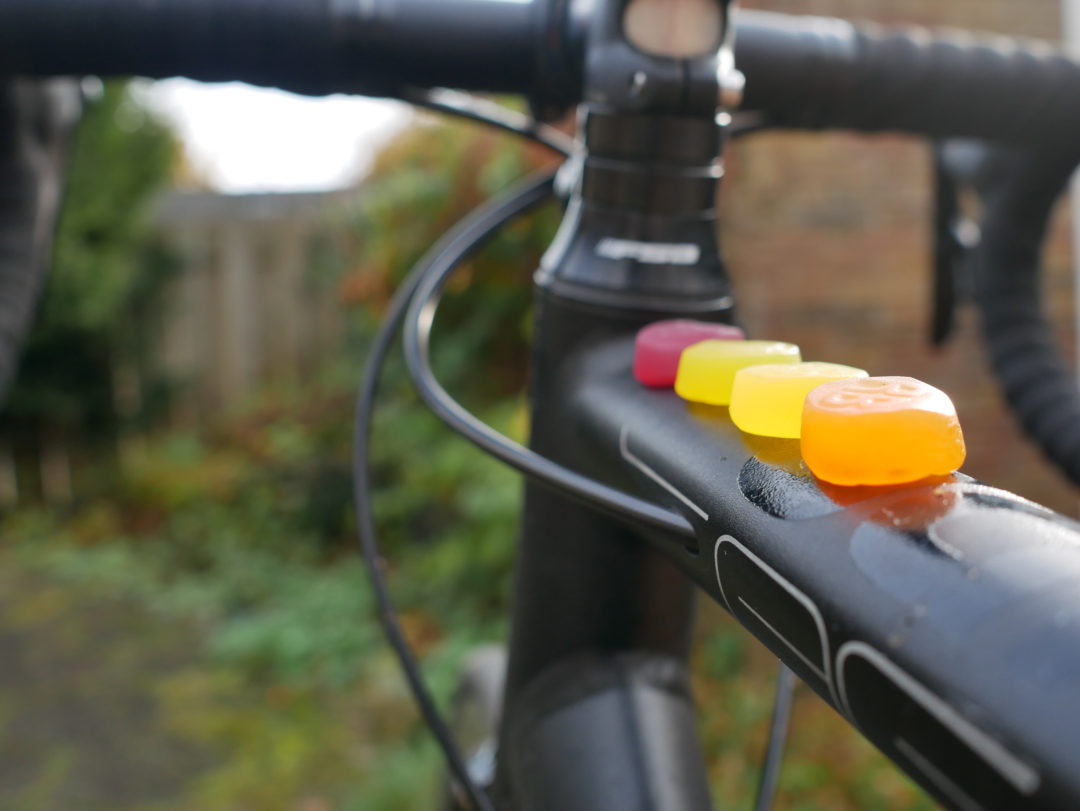 We were getting ready to hop on our bikes, when my cycling buddy grabbed a roll of wine gums from his pocket and started pressing the gummies to his frame, one by one, making a neat row reaching halfway down the top tube. I was quite amused and asked him where he’d learnt that trick and he told me it’s a crit riders thing. They stick all sorts of stuff on the frame, like muesli bars and candy, or basically anything that sticks and gives you instant energy while riding.
I was intrigued, and had to find out more about fueling on the go tactics. I discovered there are more creative cyclists with useful methods you might consider taking up.

The most efficient and cost-effective methods come from long distance cyclists, who take fuelling while cycling to a whole new level. The main question they ask themselves during a ride is: How do I consume as many calories I can without feeling ill after? The kind of answers you’ll find are not necessarily appetizing and are not applicable to most cyclists, because compared to these guys, we are all just recreational riders. Just saying. 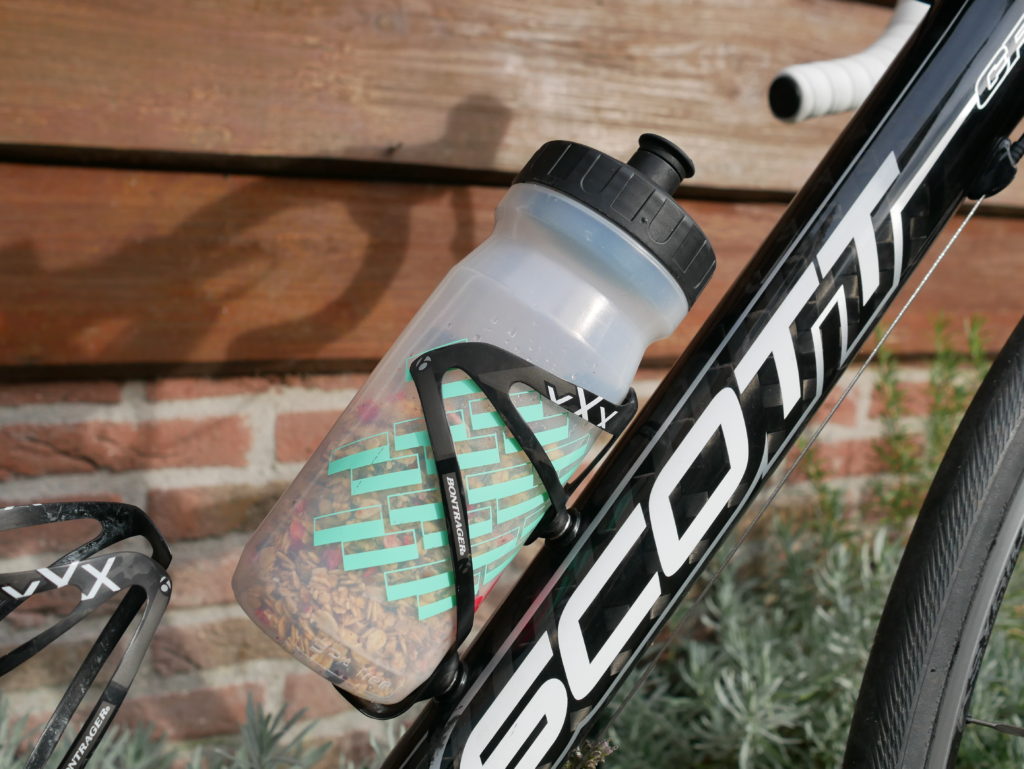 However, I came across one tip from a long distance rider that I liked a lot. He fills one of his drink bottles with a bag of gorp, also known as trail mix or studentenhaver (= student oats) in Dutch. Basically, gorp is a variation of dried fruit and nuts mixed together. This combination of sugars and protein has always working for hikers, so it makes sense that it works for cyclists too. Plus it’s real easy to make your own mix containing your preferred variables, with no baking, mixing or chopping needed, and it lasts forever.
Here’s a few ideas to get you started: M&Ms, granola, dried cranberries, pumpkin seeds, yogurt coated raisins, mini marshmallows, pecans or popcorn. Sweet or salty, up to you! Just make sure the ingredients don’t get too chunky. The idea is to pour is all into your drinking bottle so all you have to do is unscrew and pour the mix into your mouth. You don’t even have to stop, although I’d advise some pouring practice.

Of course, there is always the banana. A cyclist favourite. It’s cheap, healthy and easy to take with you. The biggest reason I am in favour of bananas is because they are so easy to chew, unlike some muesli bars (even when chopped up). I find myself gasping for air sometimes while eating a muesli bar, because I don’t feel like slowing down and substantial chewing and heavy breathing does not combine well.
However, there is a downside to the banana, contrary to popular belief, you can’t just throw your banana peel into a field or forest. It takes 2 years for it to decompose, so it’s littering, even though a banana peel is a compostable. So yes, you are stuck with a sticky banana skin in your jersey pocket. Still, it’s a top five food on the go for sure. 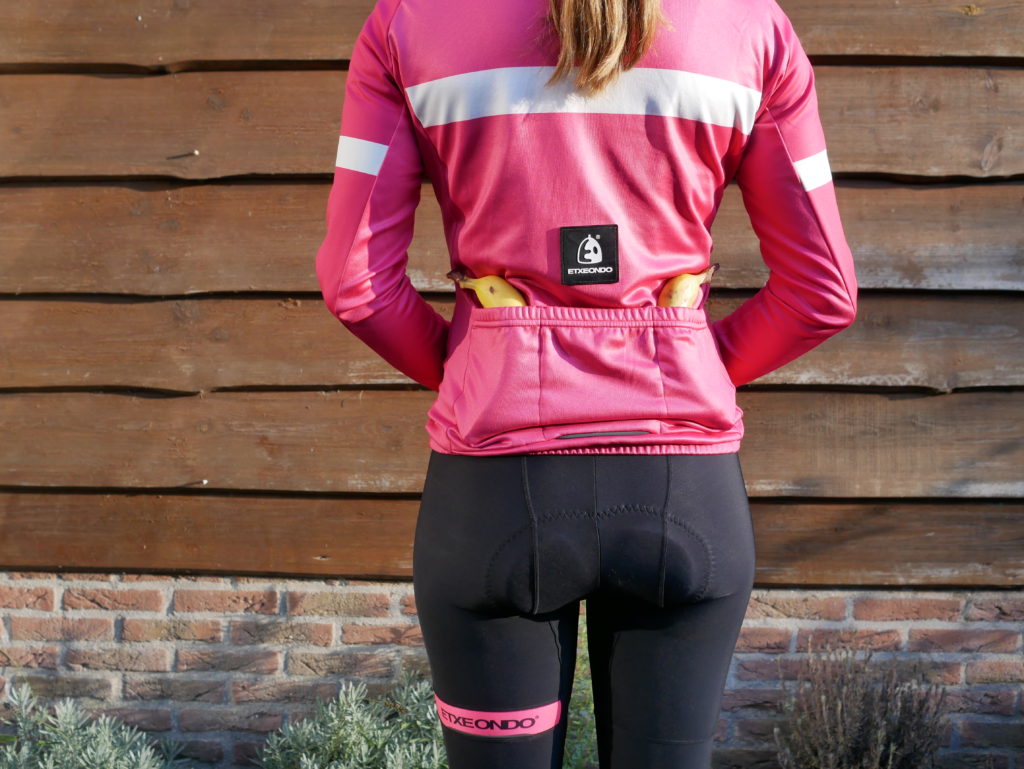 A much tastier option for cyclists that don’t count every second is anything bite-sized slipped into a Zip-loc baggie. As long as it’s not too sticky or fluid (and won’t become it when it warms up) you can drop it in the bag, roll it up and stick it in your back pocket. Reusable and clean. Think peanut butter sandwich, sausage roll, date squares, banana cake, you name it.

Well, I hope this helped you find new ways of eating on the bike. And do try sticking wine gums or any other gummies to your frame. Just for fun. I might seem weird at first, but is extremely convenient in practice and easy sharing too (just reach out and take your pick). 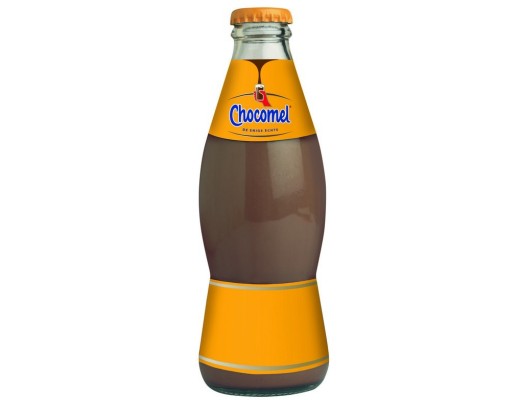